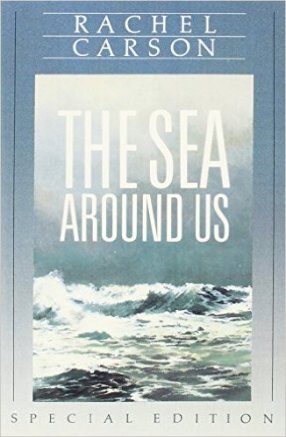 “We live in a scientific age; yet we assume that knowledge of science is the prerogative of only a small number of human beings, isolated and priest-like in their laboratories. This is not true. The materials of science are the materials of life itself. Science is part of the reality of living; it is the what, the how, and the why of everything in our experience. It is impossible to understand man without understanding his environment and the forces that have molded him physically and mentally. The aim of science is to discover and illuminate truth. And that, I take it, is the aim of literature, whether biography or history or fiction. It seems to me, then, that there can be no separate literature of science. My own guiding purpose was to portray the subject of my sea profile with fidelity and understanding. All else was secondary. I did not stop to consider whether I was doing it scientifically or poetically; I was writing as the subject demanded. The winds, the sea, and the moving tides are what they are. If there is wonder and beauty and majesty in them, science will discover these qualities. If they are not there, science cannot create them. If there is poetry in my book about the sea, it is not because I deliberately put it there, but because no one could write truthfully about the sea and leave out the poetry.”

Rachel Carson’s second book in the sea trilogy; “The Sea Around Us” is a classic work published in 1951. Described as one of the most successful books written about the natural world, this is a poetic narrative about the life history of the oceans. The Gray Beginnings shares with us the shadowy, primeval beginnings of the Earth and its early environment, exploring the geological theories as well as the evolutionary milestones throughout the history of life. The Pattern of the Surface starts off at the surface waters of the oceans and wonderful world of the plankton- wandering through the interlocking food webs and seas of the world. The Changing Year poetically talks about the changing realm of the sea; the response of marine life through day and night; seasons; and years.The Sunless Sea is about the history of deep sea exploration and Hidden Lands discusses early hydrographic surveying to chart the depths of the continental shelf. The Long Snowfall details the phenomenon of marine snow and Globigerina oozes. The Birth of an Island and The Shape of the Ancient seas ends the Part One entitled Mother Sea.

The Restless Sea begins with Wind and Water a poetic narrative about the life history of the waves and coastal seas, leads on to Wind, Sun, and the Spinning of the Earth; about ocean currents and their oceanographic discovery. The Moving Tides looks at the tidal rythms and the intertidal creatures. Part Three about Man and the sea about him starts off with The Global Thermostat looks at the close relationship between climate and the pattern of ocean circulation. Wealth from the Salt Seas looks at the minerals in seawater and The Encircling Sea starts off with a quote from Homer and the Ancient Greek view of the ocean. With an Afterword updating some of the science by marine biologist Jeffrey Levinton, this book is an imaginative and sensitively emotional account of the sea around us. An absolute joy to read! 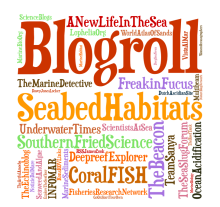